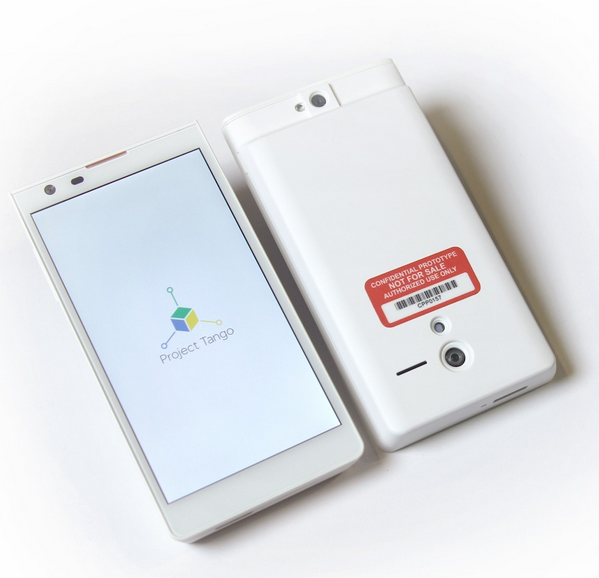 Project Tango: This will be huge

I was very excited to see the technology come to mobile phones so quickly. We can now map out rooms with ease, and get depth measurements. This can map the whole world eventually and at that point, we can use that data to interact with other devices. Robots will be able to operate with more ease, driverless cars will be able to go anywhere that’s been mapped, we’ll see the real world interacting with the digital world more quickly. This was one major thing that was missing, something that could map rooms without too much hardware.

The video alone should get you excited. Once we get more robots in the field (which Google bought 5 or more of the biggest robotic companies in the last few months), they’ll be able to utilize this data. And since Google is making Fiber available in many cities, and working on a Wifi connect app to open hotspots, this will open up many avenues for jobs, services, and expansion in cities. We’ll be able to map locations and add digital information, like recreating the past. We can help those who can see well, with guided assistance.

I think this will be key for the future. We’ll have these everywhere, and we’ll be monitoring everything. It’s already happening, but we’ll be able to use the data, not just collect it for later purposes. We’ll be able to get driverless cars delivering food/packages to people with ease. We’ll be “always connected” in any location around the world. We can fix major problems, one of which could be traffic. If we can place monitors to track cars and traffic, we can prevent more traffic by rerouting people. Human interaction with technology will become very intertwined soon, to use anything, you’ll need to be technical. You’ll need to be able to use computers like we do now. We’re forcing society to change, and for the better, for a smarter population.

If that video doesn’t scare you, it should. It takes a minute or two to map out the whole room and at that point, the possibilities are endless. This is using the same technology as the mars rovers, mapping another planet. But instead of huge pieces of hardware, we now have it in our phones, small enough to carry in our pockets. The future is here.

This site uses Akismet to reduce spam. Learn how your comment data is processed.